In last week’s installment of our Boro Park of yesteryear column we became acquainted with some of the early history of this venerated congregation which marks its centennial this month. Our focus on the shul is particularly apropos of this time of year, when we spend so much time in tefillah—taking place in our Shuls large and small.

In 1946, the Shul “burned the mortgage,” at which time their legendary president Daniel Krainman—a man who remained active in the political, as well as the activist, worlds into his nineties, wrote: “During the 26 years of our existence we have gone through periods of prosperity and depression. Many of the founders of the congregation are no longer with us…. The neighborhood has experienced considerable change—and yet, through it all, we have tried to maintain the standards of the institution on the highest level of Jewish religious consciousness and service to the community in all of its varied and complex phases.

What good is a grand, magnificent shul without Rabbanim to lead its congregants?

Congregation Beth Israel has been blessed over this century with largely learned and pious men as its leaders. Following is a brief overview—and perhaps we will return someday to the stories of these illustrious men with a greater focus (some of dates may be off by a year or two):

1921-1940: The first known Rov of the Shul was one Rav Avraham Miller who was appointed in 1921 and served (presumably) until his passing in1940. He was among the delegation of extremely distinguished Rabbonim who met with President Coolidge at the White House in 1925, and their group photograph is featured here.

Circa 1940: Rabbi Miller was succeeded by Rabbi Dr. Jachiel Mekler who was a traveling Rabbi, who took this position at that time. He was subsequently the Rabbi of the “Beis Yesomim” the Boro Park Infants Home, which was just up the block from Beth Israel. Rabbi Mekler was there for the 25th anniversary celebration, in 1944.

1945-1956: Rabbi Harold Zvi Gottesman. A scion of great Chassidic dynasties, he narrowly—through great miracles—avoided the massacre of Hebron, where he was then learning. A number of his close friends from Brooklyn were not as fortunate. He was the son of the Yasse Rebbe, Rebbe Avraham Yosef Yuska Gottesman of East New York. Rabbi Gottesman was the first musmach of Rav Kook zt”l, and his friend Willie Berman was to be the second, if not for his murder in the Hebron Massacre, Hy”d. Rabbi Gottesman subsequently served in Philadelphia and San Francisco. 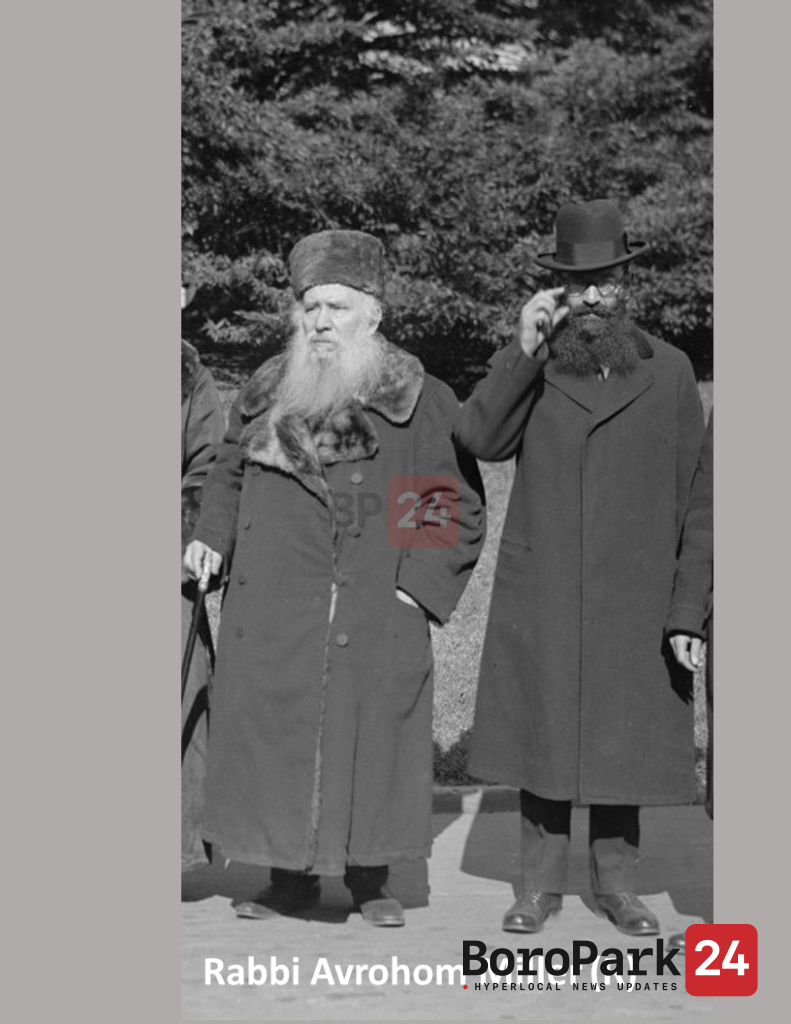 1956-1980: Rav Hershel Stollman. A Gaon in Torah and mussar, a respected and beloved Rav at Beth Israel, and a rosh yeshiva in the Novaradoker yeshiva on 49th Street for his years in Boro Park—he was known in his youth as “the iluy of Ruble” which was where the Stollman family, including his cousin Rav Yitzchok Stollman from Detroit, was centered. Rav Stollman started off in Pennsylvania, and moved to Boro Park in the early 1950’s. He served the shul until his ascension to Eretz Yisroel in 1978.

1981-present: Ybl”ch, Haga’on Rav Pesach Korb Shlit”a. Hailing from a family of Ge’onim who graced the barren American landscape in the early 1900’s, his grandfather was Rav Chaim Yitzchok Korb, one of the Roshei Yeshiva of Beth Medrash l’Torah in Chicago, and his father was Rav Moshe Korb, a Rov in Chicago and Brooklyn.  Rav Pesach was among the metzuyanim of Ponovezh, where he was close to the illustrious Roshei Yeshiva, and he has authored Toras Pesach on Shas, and continues to serve this congregation indefatigably and with distinction for close to forty years, ad me’ah ve’esrim.

A Legacy that Endures

The ongoing contributions by members of Congregation Beth Israel who have sustained it for this last century has enabled not only their own spiritual and communal well-being, but has also enabled Boro Park residents of today to gather within these hallowed walls as they continue to raise their families in the ways of their fathers.

Today—led by their illustrious Rov, Rav Pesach Korb Shlit”a, the Beth Israel continues to thrive, and the sound of young boys, joined by their elders, is heard in this magnificent, towering edifice.

Weekly Weather: Cold to Start the Week, then Warming up