Last week we began to tell the story of this unique personality who was the right hand of the Bluzever Rebbe, and thus connected to the Halberstam’s of Boro Park, who were married into the family.

The Geiger shtiebel with the brothers, and the sons of Reb Avrumche, attracted the Jews of Vienna—so many of whom were Galician refugees, who found a familiar place that had the old world warmth.  For the yamim tovim they would need to rent a hall to accommodate the hundreds of people that would come.

One of the main attractions was the tremendous koach haneginah of Reb Avrumche who was a legendary ba’al menagen—as were his sons. Zalman Schachter grew up in Vienna, and wrote a book on davening. In it he recalls:

“I remember him as a man with a beautiful beard and a wonderful smile. In a shtiebel, where many people took turns davening, you came to know a person for his davening style and his nigunnim as well as for his character. When Reb Avrumche and his sons davened they would sing keil adon to a march, and he explained the origins of this song to me. 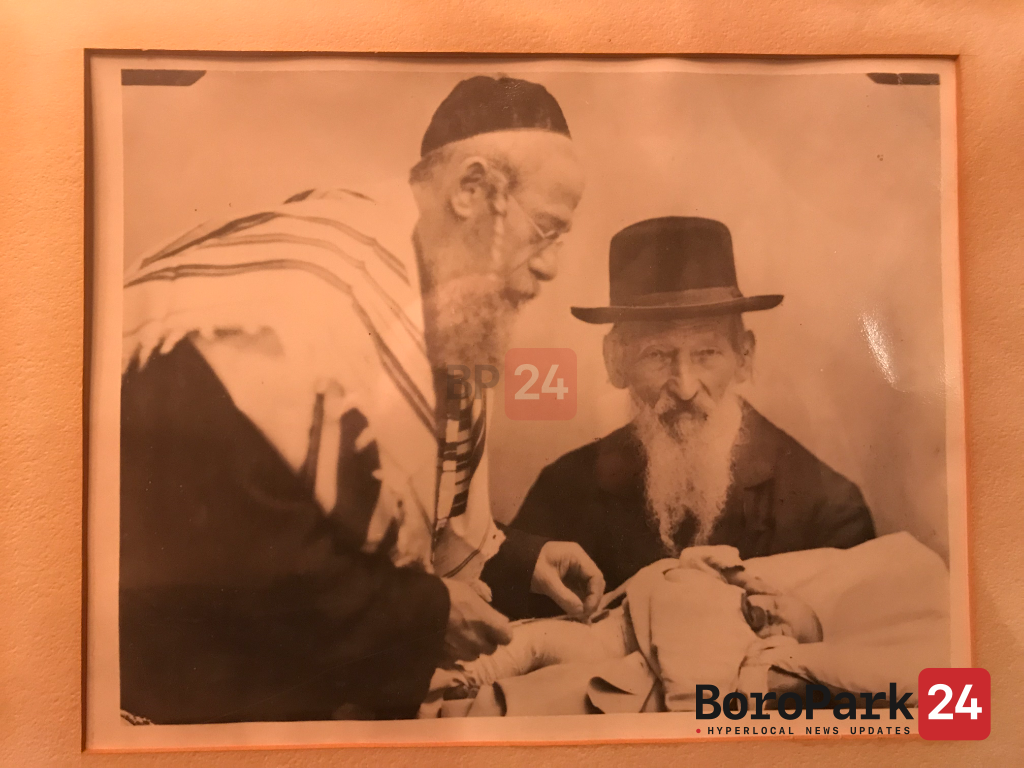 Avrumche was a mohel as well. One time, a photographer snapped a photo of him performing a bris, while his father Reb Aaron was the sandak. This beautiful photograph—which accompanies this article—was placed in the Jewish museum of Vienna. When the Nazis came in 1938, and saw it, they immediately began hunting for this Rabbi. And that’s when they knew that they must leave Vienna, and they applied for visas to America through siblings that had already been here.

They fled at to Belgium, and in 1941, they arrived in the United States in the days preceding Rosh Hashanah, and Mordechai Geiger (Clara Chopp’s father) was asked to come serve as the ba’al tefillah in Bardiyov on Rosh Hashanah—reuniting with the family.

In 1943, the wedding took place of Reb Tuvia Halberstam of Bardiyov to Osnas Rokeach—two of the Boro Park rebbishe families (Reb Tuvia was later a legendary Yiddish radio broadcaster).

The Yiddish newspaper of the times were enthralled by the master of ceremonies—Avrumche Geiger, “a yid in his 80’s, who with his powerful voice, belted out Mazel Tov Dem chosson, mazel tov di kallah!. Reb Avrumche is a relic of the past, he was the head gabbai of the Blozower Rebbe, and has a chazakah on these weddings of the rebbeim… he calls out the drashah geshank.”

Reb Avrumche’s fervent wish was to see his granddaughter married, but he was niftar one year before the wedding which was in 1947. But unbeknownst to him, he did meet her future chassan, and here is that story:

When the Bluzever Rebbe came to America, he was demoralized and broken. He said, “They took off my beard, they would make me get on the ground and scrape the floors. I cannot be a Rebbe…” But Avrumche Geiger was a loyal servant to this dynasty. He gathered a group of men who knew and loved Bluzev. They went to the Rebbe’s home on Taylor Street in Williamsburg—and before the Rebbe could protest, he declared: “There is nothing to say, the olam wants you to be Rebbe—and proceeded to write the first kvittel before the Rebbe… and the rest is history; The Bluzever Rebbe was one of American Jewry’s great leaders in the aftermath of the war. 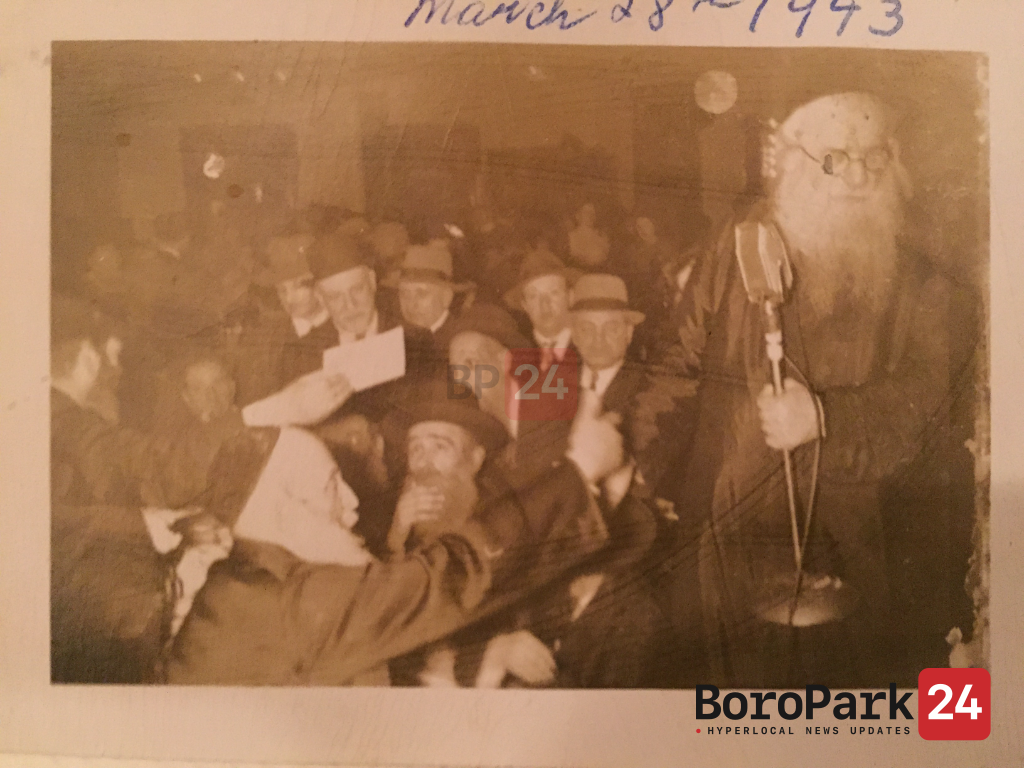 A few months later, Avrumche suffered a stroke, and was niftar on Shabbos following Rosh Hashanah, and was interred in the Beth David Cemetery, adjacent to the Bardiyover Rebbe.

Today there numerous “Avrumche’s” who walk the earth and follow in the path set forth by this relic of Galicia who came to America and remained unchanged.