Michelle Caruso-Cabrera Comes Into Our Garden and Visits 13th Avenue

Michelle Caruso-Cabrera, who is running for comptroller of New York City on June 22, took a walk down 13th Avenue today at 2pm to meet Boro Parkers and to speak with business owners about how to revitalize New York, rework and balance the city’s budget, and increase business.

Some residents recognized Mrs. Caruso-Cabrera because as CNBC’s first Hispanic anchor, she was the network’s chief international correspondent and the host of several programs that focused on business from 1998 to 2020.

Others recognized and cheered on Caruso-Cabrera, who, last year, took on Rep. Alexandria Ocasio-Cortez (D), who won the Democratic primary to represent the state’s 14th Congressional District.

When asked why Mrs. Caruso-Cabrera wanted to run against Rep. Ocasio-Cortez, the comptroller candidate said that she believed that the Democrats need more centrists and moderates,” said Eichler’s owner Mordy Getz. 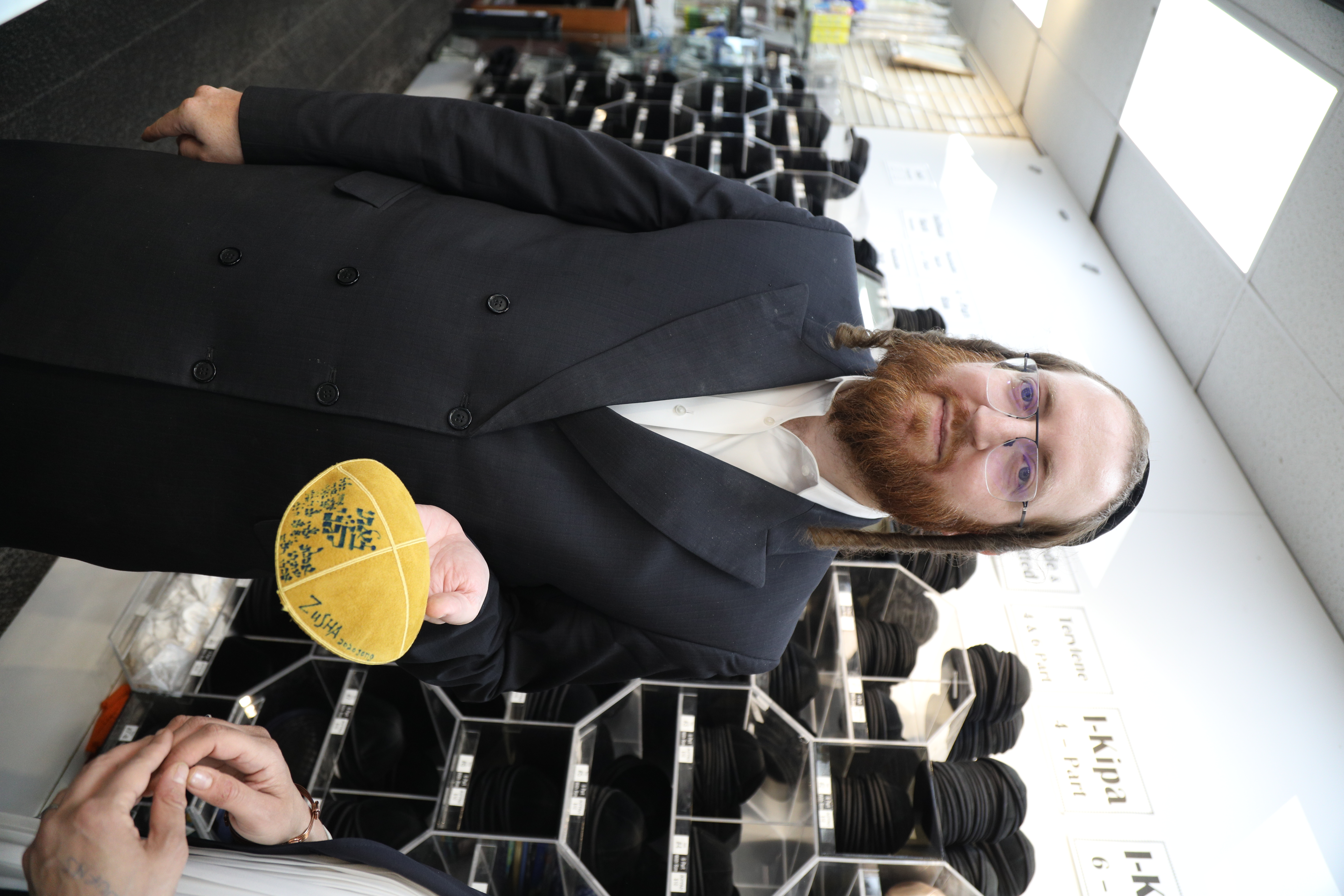 When explaining why she wants to serve as the city’s comptroller, Getz reported that Caruso-Cabrera said, “New York has to be managed better."

"As she is from the business world, and not from the political world, she is the best to manage a budget," Mr. Getz said.

On 13th Avenue, Mrs. Caruso-Cabrera took advantage of the opportunity to speak with Boro Parkers and to listen to their concerns about the future of our community and of New York, Mr. Getz related.

For lunch, the comptroller candidate visited Amnon’s Pizza to meet with the owner, Elan, who tells many candidates that he has hosted every winning New York City politician.

On her way out of Amnon’s, Mrs. Caruso-Cabrera joked, “It is interesting: he doesn’t tell you the ones who lost.”

The former newscaster’s next stop was Eichler’s, which really impressed Mrs. Caruso-Cabrera, who had never before visited a Jewish book store.

In particular, Mrs. Caruso-Cabrera enjoyed seeing the wide array of different types of shoppers who were in Eichler’s this afternoon.

For instance, today, among the shoppers were many people from out-of-state, including a black Jewish convert, with whom Mrs. Caruso-Cabrera conversed.

“Wow,” Mrs. Caruso-Cabrera told Mr. Getz, “so many people come here; It is such a melting pot.”

Then, the Artscroll cookbook, “Between Carpools” caught the candidate’s eye.

“That is such a nice idea for mothers who are so busy,” said Mrs. Caruso-Cabrera, who then expressed interest in a biography of the Satmar Rebbe, Rabbi Yoel, zt”l.

But, unexpectedly, what most intrigued Mrs. Caruso-Cabrera was a kippa with original artwork that said the words, “Basi l'gani,” which means “I have come into my garden,” and is the name of the first maamer the Lubavitcher Rebbe, zt”l, gave at a farbrengen in 1951, when he finally accepted the title of rebbe, after a year of refusing it.

How did Mr. Getz explain to Mrs. Caruso-Cabrera the meaning of "Basi l’gani:" a particularly Jewish and Chassidic concept that many Jews see as their purpose in life?

“I told her the main concept of it is that, instead of humans running to G-d,” explained Mr. Getz, “we have to integrate Hashem, and bring down G-d to us in all of our missions and everything we do: not just in synagogue and in yeshiva, but we have to incorporate G-d into our daily lives, and bring down the Shechinah, which is the essence of G-d, into our lives.

“She loved that, and she bought the kippa.”

Mr. Getz thinks so because she has a strong business background, was a very bright newswoman, knows many people in the business world, and as a Cuban-Italian, she says she wants to fight for the inclusion of all the city’s minorities.

“Shouldn’t our citywide leaders reflect our communities?” Mrs. Caruso-Cabrera says in one of her ads. “I will fight for working families and real jobs that will benefit all New Yorkers.

“Enough with politicians. Enough with the incompetence. I am an outsider: no ties with the political establishment. I’ll fight for diversity and inclusion and force our leaders to help those most in need.”

Hachnusas Seifer Torah to the Yoka Shul in Boro Park