In the previous installment of our profile on the legendary Chazzan, we noted his unique musical and vocal abilities—which remain unsurpassed to this day—as well as his unique compositions that still echo to this day.

Harlem at the turn of the century of the century was perhaps New York’s wealthiest Jewish community. Congregation Ohab Zedek was built there by Hungarian Jews who were exiting the Lower East Side for better locales. (140 years later, OZ is still around on the Upper West Side).

One notable Kiddush Hashem, by far not a rarity for the chazzan—who stood steadfast in his ideals—was reported in the New York Times, April 15, 1918—precisely one hundred years ago:

Rabbi Rejects $1000 Fee to Sing in Opera, Leading Role in Chicago Company offered to Cantor of Harlem Congregation. He Impressed Campanini. But Rev. Mr. Rosenblatt Feared Engagement would interfere with his sacred duties.

A Voice for Philanthropy

While Yossele’s talent commanded significant remuneration—we find that he lent his legendary voice to raise funds for yeshivos. 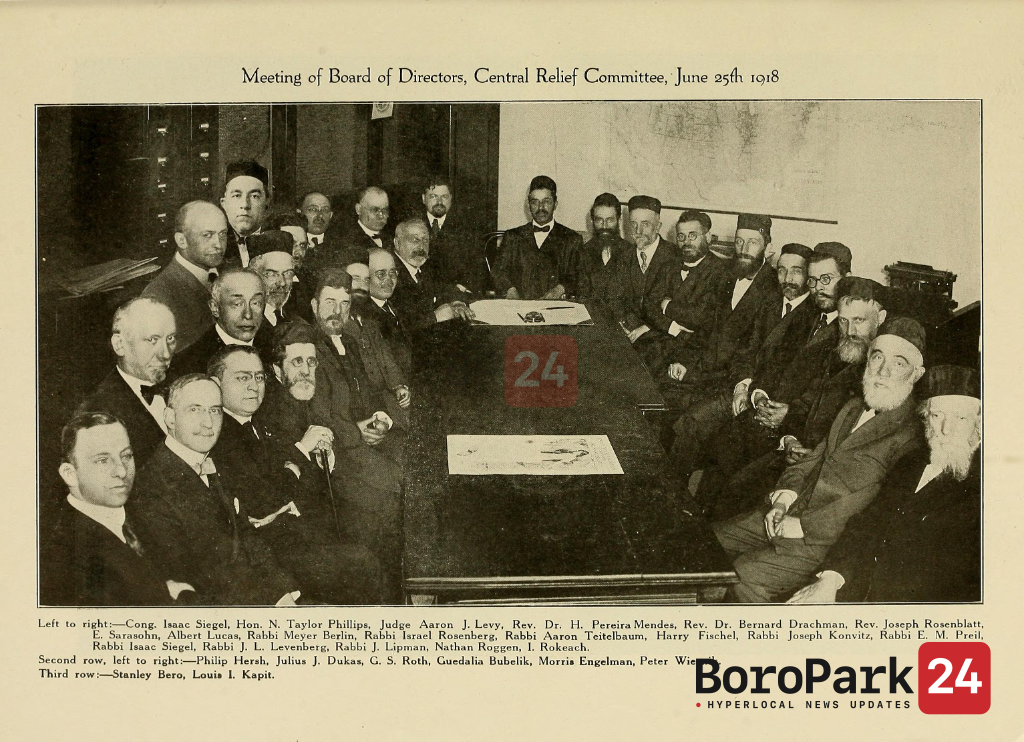 Yossele would later serve at the Sfardishe Shul as its official chazzan, but Prior to Purim of 1916, he gave a concert benefitting Yeshivas Rabbi Chaim Berlin (then located at 1889 Prospect Place; preceding the more famous Stone Avenue location). “Jews of Boro Park,” screamed the Morgen Zhournal, “you now have the opportunity to have the greatest spiritual enjoyment, and at the same time support the venerated yeshivah.

In addition, we see that Rosenblatt was active in relief efforts on behalf of European Jews living in the war-ravaged European continent following WWII. He is signed on many documents related to rescue and relief effort, and is pictured among the most prominent activists and Rabbanim who were engaged in that arena.

During his time in America, we find newspaper articles from so many cities where Yossele appeared. On one Shabbos in Patterson, the kehillah—which was German, and thus punctual—wondered where their guest chazzan was, already 30 minutes late. From the distance, they could see a man rushing closer… to the consternated congregants he explained: “We have always made sure to tovel in the mikvah prior to davening, and this is something I will not compromise on.”

A similar story took place in Ohab Zedek on a selichos night, when the entire shul was filled to overflow…when the world famous chazzan rushed in with his beard and payos dripping from the mikvah.

And the Yiddish newspapers were filled with headlines like these: “Shul bathes in tears by Yossele Rosenblatt’s Kol Nidrei and unesaneh tokef. The deep, heartfelt, religious tones of the greatest Jewish chazzan bring the congregation of the large shul on 116th Street into a mood of self-introspection.

In this way, Yossele, with his full beard, and complete Chassidic garb—which he wore in all weather, no matter where he was—stood as an example to a rapt worldwide audience.

During the late 20’s, the rumblings of the Great Depression were beginning—and the Harlem community could no longer afford to keep their contract. Boro Park took the opportunity, and for the year of 1929, Yossele served as the chazzan, residing at 4706 15th Avenue—where Rav Aharon Kotler lived in later years. They were also forced to break their contract in 1929. But for the Yamim Nora’im of 1932, Yossele came back; and the contract of $5000 for the three days of davening, is still on file at the shul… hearkening to a time when the residents of Boro Park who were unable to enter the overflowing shul, clamored at the windows, from where that unmistakable voice filtered out.

The sad story of the way Yossele left this world in a sudden manner—as he was doing what he did best; inspiring Jewish hearts—is well known. His levayah drew crowds that were unseen in those times in Eretz Yisroel of 1933. He was interred on Har Hamenuchos.

A century after the time that his legendary voice reverberated and drew crowds to Congregation Anshei Sfard, we remember a personality who remained unfazed by the enormous fame that he acquired, and preserved his talent solely to bring honor to the name of Hashem on these very streets in Boro Park of yesteryear.

One Person Killed after Being Stabbed on 40th Street