As we have noted in these lines, First Congregation Anshei Sfard of Borough Park was established in the early part of the 20th Century, and was a haven for the European immigrants who sought better surroundings and found it in Boro Park.

The grand edifice that still stands—and is active—at Fourteenth Avenue and 45th Street was completed in 1915, and throughout its century of service, it has been fortunate to host great men as its Rabbanim. Some of them have been profiled in these pages, and some of whom we will meet in the coming weeks.

For the period of 1941-1945—in the heat of WWII—Rabbi Dov Ber Marton came to Anshei Sfard. He was a most unique personality who had an illustrious career that spanned the country, and made impact wherever he went. 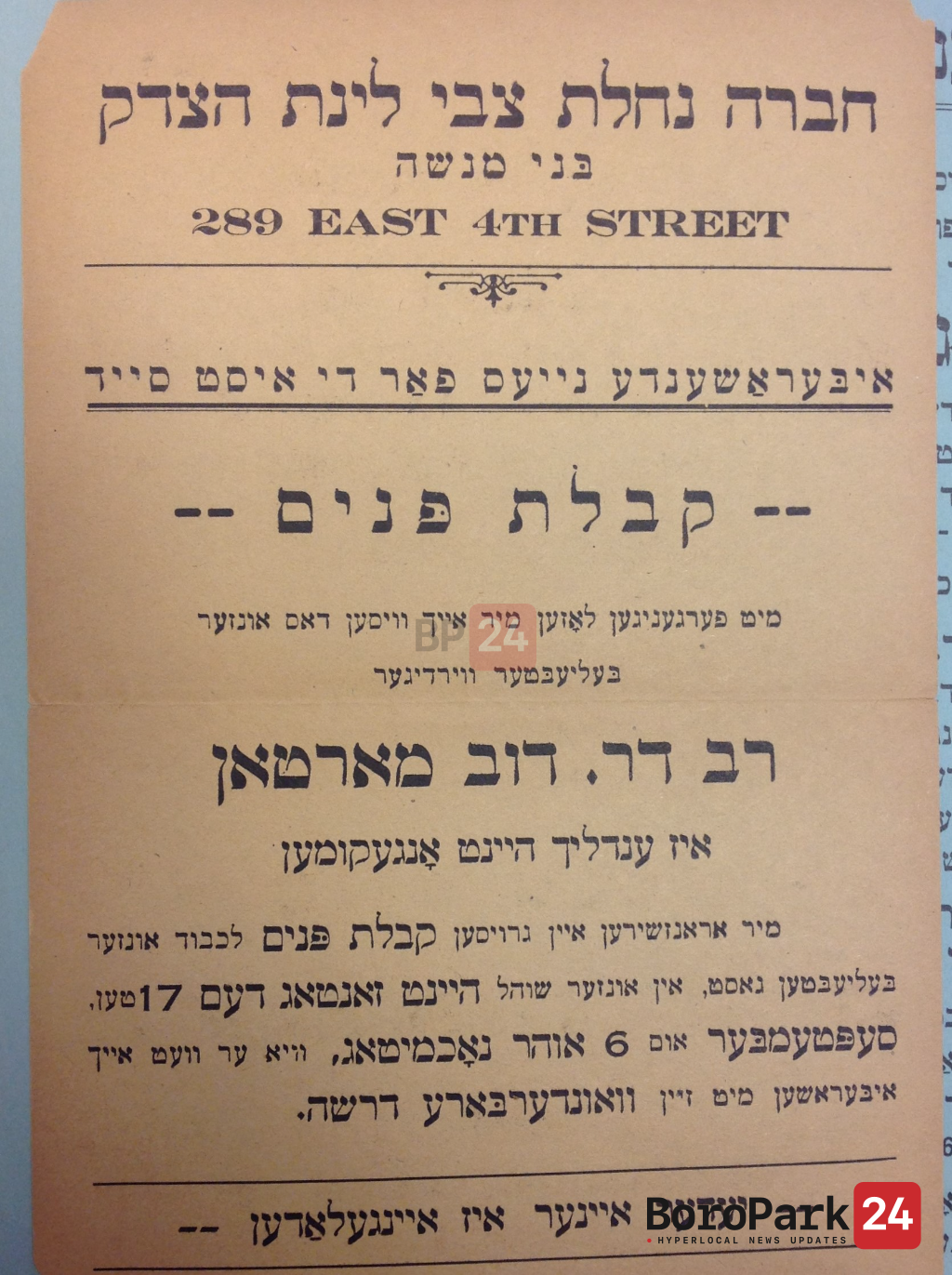 He came here, a very young man from Romania—where his family was royalty of Torah u’gedulah, connected with the greatest Rabbanim of the region, and under whom he had learned—and he would proceed to do much in his own way to bring a fresh voice to American Jewry; one that would bring along the old world Yiddishkeit from Hungary, and transmit it to American Jews in way that they could accept.

His youth, energy, charisma, and oratorical skills were all tools that he used to this end, and in his career of nearly 60 years, they did not wane… even to his last moments of life. Through the vast archive that Rabbi Marton left behind, we gain glimpses into a life lived to the fullest, and we learn much about his tenure—which we seek to portray in these lines:

Berele was born in a town called Veliatin, near Chust, in what is today Czechoslovakia, in the summer of 1909. His father Reb Menachem Mendel Marton, was not only a wealthy man, deeply devout, and a great talmid chacham, but he was also the Burgermeister (a council chairman) in their town. Despite this, he always wore his Chassidic garb, and sported a long white beard.

He learned in the yeshivah in Chust, which was then led by Rav Yosef Tzvi Dushinsky, who later succeeded Rav Yosef Chaim Sonnenfeld as the leader of the Edah Hachareidis in Yerushalayim. At the age of seventeen, he was able to enter the famed Pressburger Yeshivah, having completed the first section of Yore De’ah. 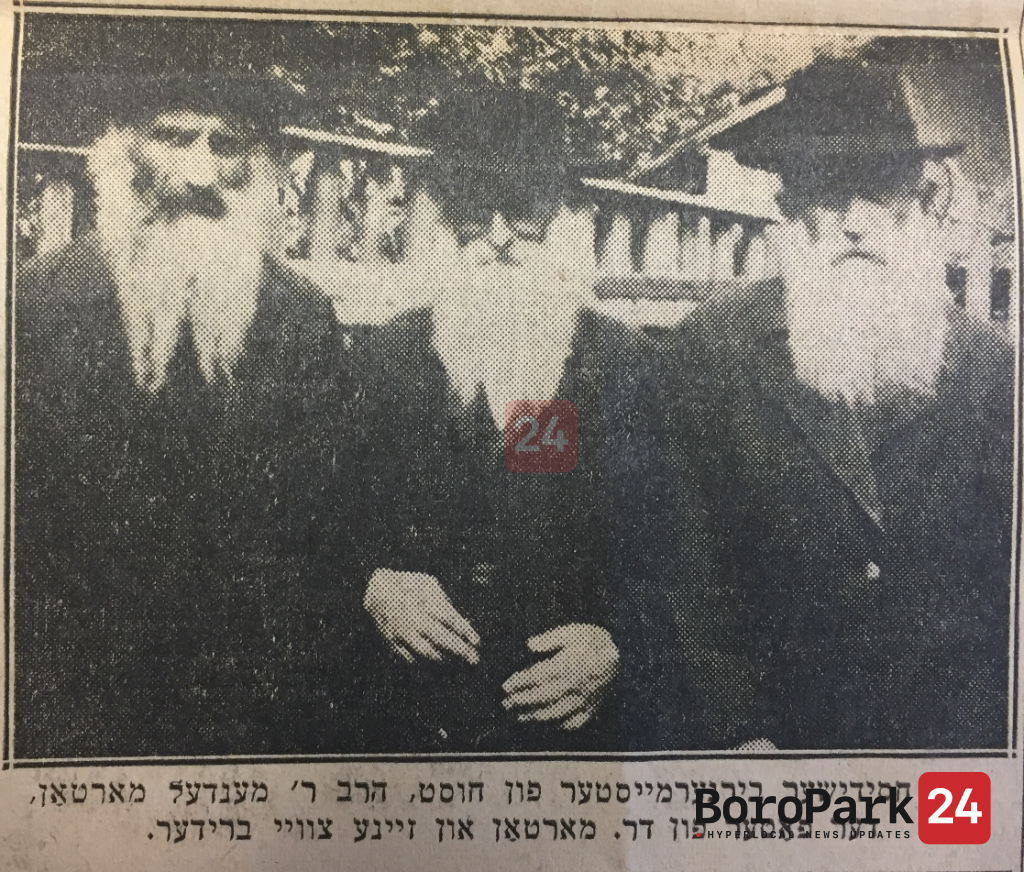 Rav Akiva Sofer, author of Daas Sofer, and Rosh Yeshivah of Pressburg, writes in his semichah: learned in my yeshivah for five years, and did not depart from the tent of Torah, learning day and night.

Simultaneously, he was studying in the Pressburg Gymnasium pursuing a degree in economics, and completed the degree in the Prague University. After this, he studied philosophy in the Bratislava (Pressburg) University, where he received his doctorate for his dissertation “The Social Justice in World Literature”.

Rather than begin a career as a Rabbi, he took a job at Svenska Bank, one of the largest in Czechoslovakia, where he was soon recognized as a financial wizard. He also became very active in the youth organizations in the region, and writing for the Jewish newspapers—but he experienced difficulties at the bank due to his Shabbos observance, and for this and other reasons, he and two friends sought to explore the other side of the Atlantic.

After much traveling, making their way through Canada, they landed in New York in the year 1933. The Young Israel organization heard about the arrival of the young prodigy—all of 24 years old—and organized a reception in his honor, at which he was invited to speak. 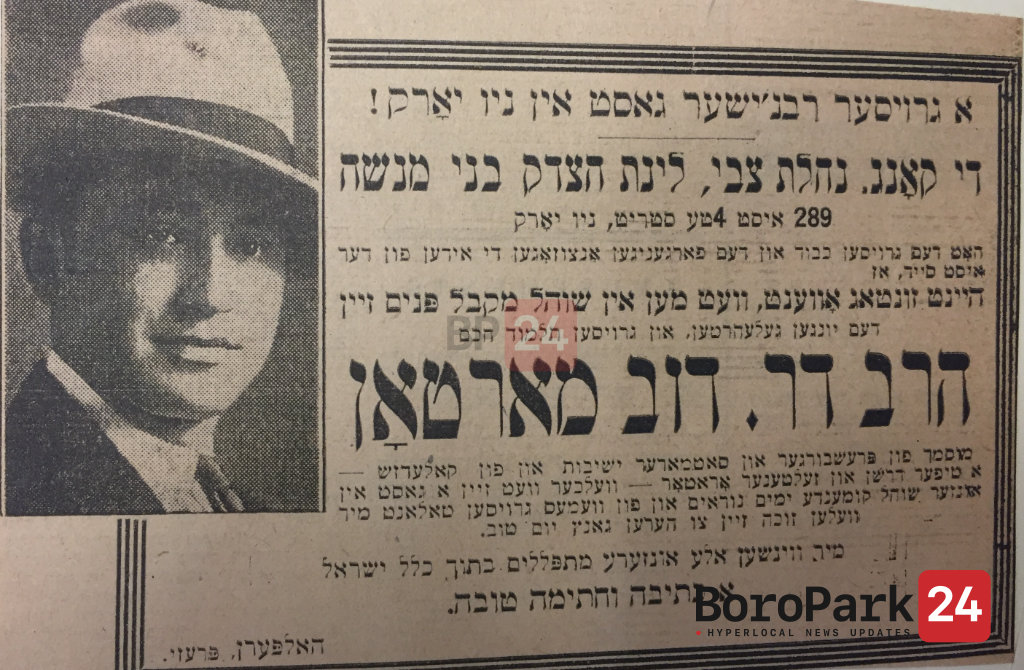 A number of Rabbanim were in attendance, and when they heard him speak with such eloquence about the situation of the Jews in Europe, they were duly impressed. He was invited to address Congregation Nachlas Tzvi on the Lower East Side. Following that address on September 16, 1933, he was immediately offered a position as the Rabbi of that Shul. Upon the advice of his older brother, Rabbi Benjamin A. Marton of Youngstown, Ohio, he accepted that position—which would be his entrance into the American Rabbinate, a long and distinguished tenure.

Today in History: Apple, the Multibillion Dollar Company, was Founded