Rav Yisroel Gutman arrived in America while already an elderly Rav, having served in the towns of Letitshov and Kamenitz-Podolsk for close to 25 years, and had done much for the beleaguered Jews of the region.

Rav Yisroel, who was niftar in Boro Park in the year 1936 (!) after a tenure of Rabbanus here—and establishing beautiful generations who continue to illuminate America to this day—was only a 7th generation descendant of the Baal Shem Tov (!).

From the obituary in the New York Times at the time of his petirah, we learn that Rebbe Yisroel Gutman was in fact the Rav of none other than the Sfardishe Shul in Boro Park, whose history we have been profiling in recent months. While the details surrounding his appointment are not known to us, he would have been a logical choice, as he came from the same areas as the mispalelim of the shul, and was a highly regarded Rav even back home.

In the picturesque hamlet of Sadlikov was where the family set down roots, and where they remained for about a century—where they served as Rebbes in the town—until Rav Yisroel would later move away after his marriage. The son in law of the Degel took over from him, after which his son in law Rebbe Aryeh Leib of Sadilkov, his son Rebbe Ephraim Nachum Gutman, his son Rebbe Dov Gutman, succeeded each other.

Yisroel was born in the year 5618 (1857-58), and he went on to marry Odel Chaya, the daughter of Rav Yechiel Michel of Letitshov, who was also a descendant of the Degel through a son. This is where Rav Yisroel settled. He would go on to serve in these communities for 50 years before leaving to America. In those days, Yidden from these communities would send in news from their shtetlach to be printed in Hebrew journals, a sort-of news roundup, presumably so their relatives may be apprised of the happenings in their lives. Obviously, these are filled with the tales of suffering that was afflicting them. In a number of these accounts we find that Rav Yisroel was doing much to ease their plight.

In one of the Torah journals of the time, we find mentioned that he was considered among the great ba’alei Hor’ah back in Russia, and a great ‘ga’on who sat in on a number of dinei Torah together with Rav Chaim Brisker, who accorded him great honor.

For ten years, he served as the Rav of the Chernowitz-Bukovina Shul in New York City, after which he moved to Boro Park, and assumed the position at the Sfardishe shul for two years, until his petirah in 1936—upon which the New York Times writes: IRev. Israel Guttman. The Rabbi of Cong. Anshei Sfard was 78… [the] Rabbi of Congregation Anshei Sefard, Borough Park, Brooklyn, for the last two years, died yesterday at his home, 1233 Forty-Seventh Street, Brooklyn. Before coming to America in 1924, he was for 25 years the Chief Rabbi of Kamenitz-Podolsk, Russia. He was also the Rabbi for a time of Congregation Tzernowitz-Bukowina. 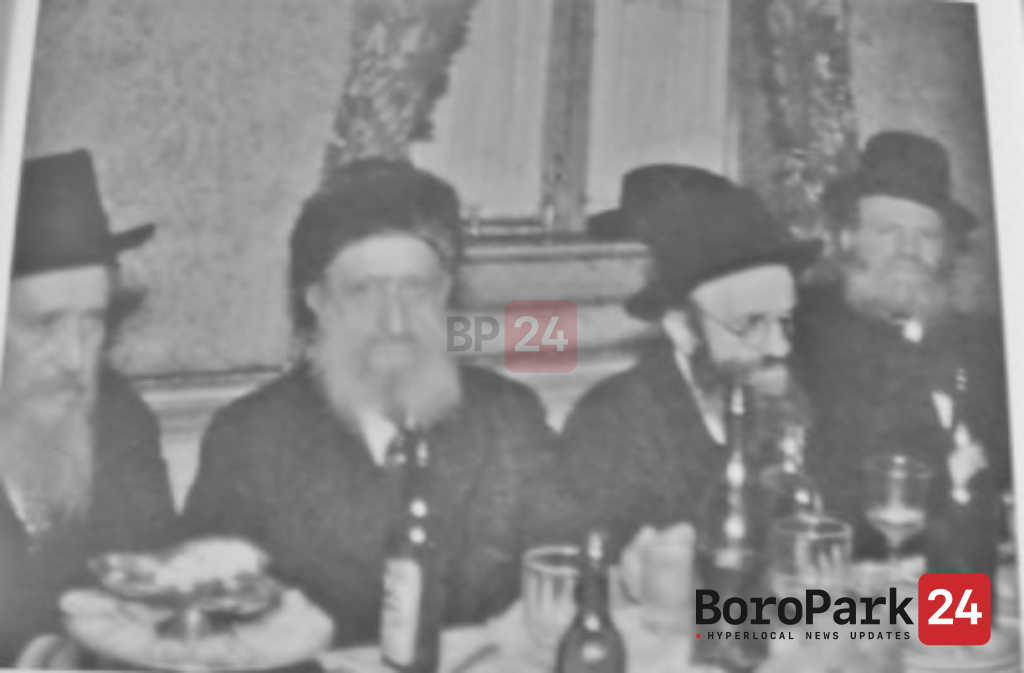 “Funeral services will be held at the residence at noon today, after a religious service at Temple Anshei Sfard. Burial will take place at Mount Carmel Cemetery (which is where the section belonging to the sfardishe shul is located).

One Gutman daughter, Mushkit, married Harav Yosef Kelemer, zt”l, who also lived in Boro Park, and had married into the family while they were still in Letitshov. He was a great tzaddik, and his sons were chazzanim on the West Coast. One son, Berel, was the father of, ybl”ch, Rabbi Yehuda Kelemer, shlit”a, the Rav of Young Israel of West Hempstead—thus, the family’s illustrious history of Rabbanus continues to this day, with the strong roots from close to a century ago in Boro Park of yesteryear.

Weekend Weather: A pleasant, warm weekend, heat and humidity ahead