Boro Park – The theft of a bicycle last week was particularly stinging to the child who owned it — it was purchased by his father as a replacement for another bike that had been stolen three months ago.

The bike was taken last week Thursday morning, at about 8 o’clock, from the corner of 18th Ave. and 54th Street, across the street from Yeshiva Karlin Stolin.

Video from surveillance camera shows a slender man in his 30s or 40s carrying a backpack and wearing tinted glasses and a hat with a pompom passing by as they talks on his cellphone.

The man stops near the bike and glances in all directions for about five seconds until he is certain the street is clear. He then goes over to the bike, slowly breaks the locks and rides off with it.

The child’s father has filed a police report. 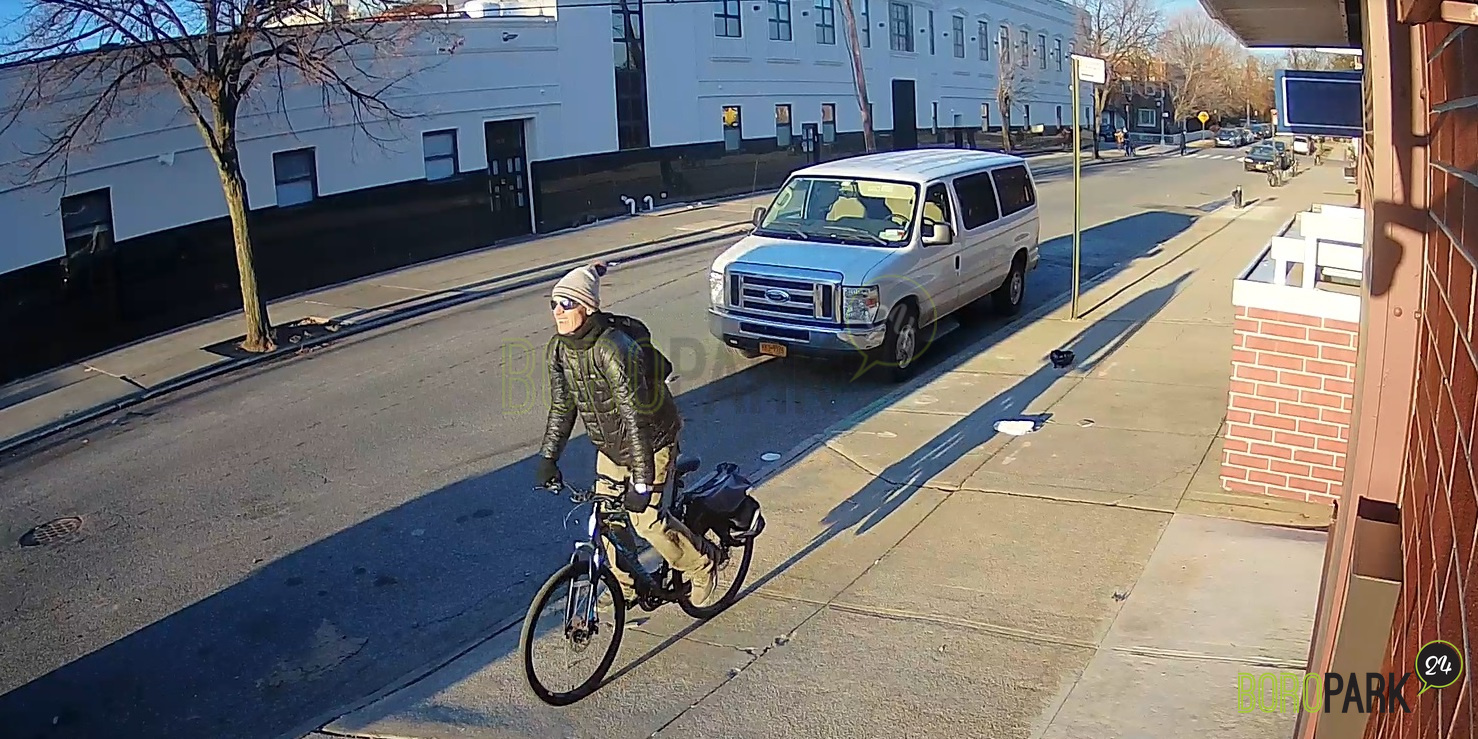 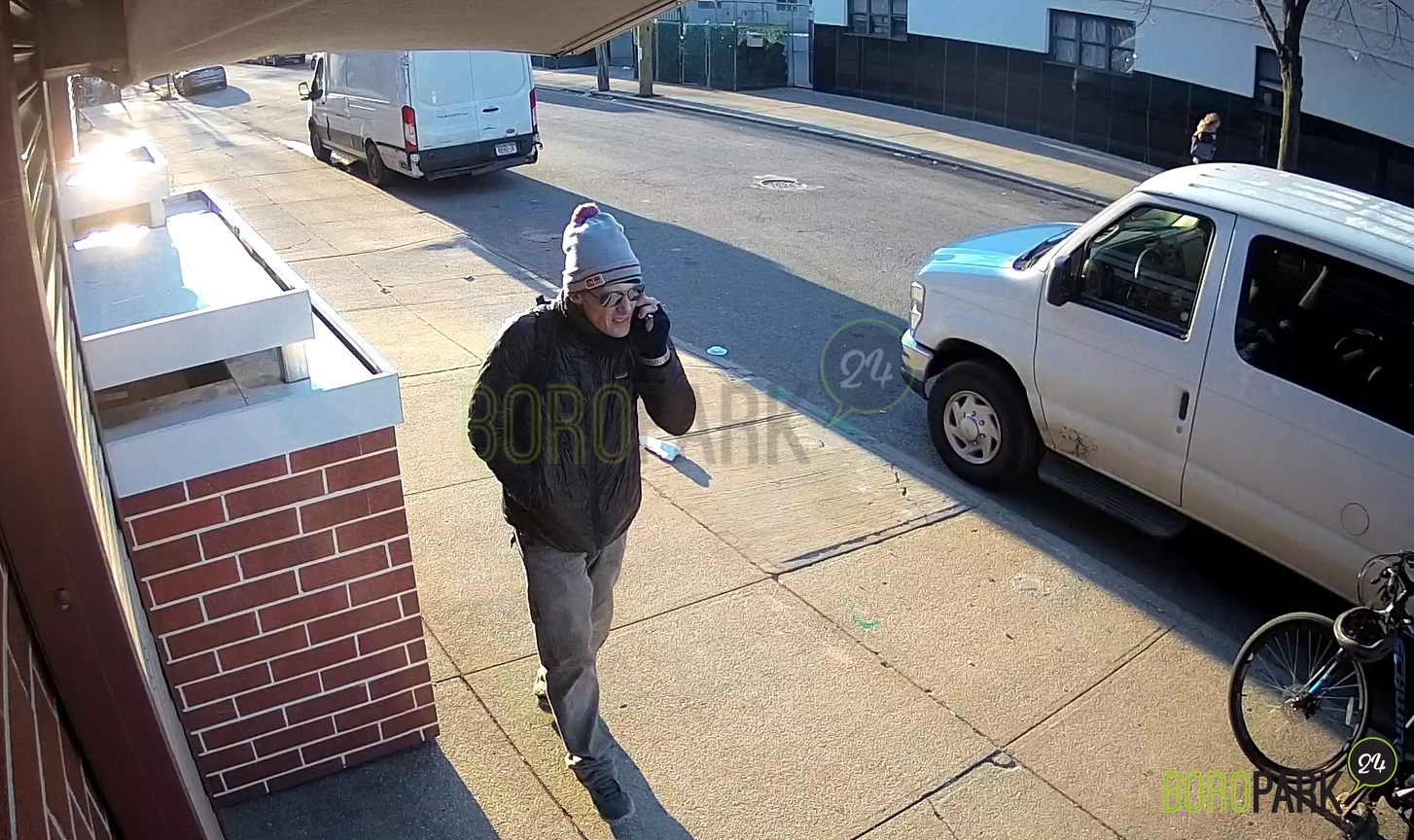